Former editor of children’s books for The Times newspaper, Brian Alderson, reflects on Rosemary Sutcliff’s historical novel for children and young adults, The Eagle of the Ninth. 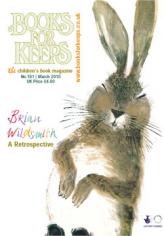 Brian Alderson founded the Children’s Books History Society; he was once Children’s Books Editor for The Times newspaper. Writing in Books for Keeps in 2010, he  recalled an anecdote once told to librarians by Rosemary Sutcliff in the 1950s: ‘That’s not a sand-castle,’ said the busy child on the beach, ‘I’m building a temple to Mithras.’

In all probability the temple-builder’s enthusiasm for the work came from hearing its famed serialisation on ‘Children’s Hour’ but (perhaps unlike television serials) the wireless version sent listeners straight back to the book to get the author’s full-dress narrative to go with the spoken one.

They were keen readers, those librarians – our first critics, long before the academic brigades were mustered – and for them, at that time, the landing of The Eagle of the Ninth had something of the force of a revelation. True, it did not come from an entirely unknown author.

Miss Sutcliff could be seen as one of the new post-war talents in the writing of children’s books (several, like her, being fostered by John Bell and his editorial colleagues at the Oxford University Press) but of the five books with her name on them at that time only the most recent, Simon of 1953, suggested a voice suited to something beyond what she herself later referred to as her ‘books for little girls… too cosy… too sweet…’

The Eagle of the Ninth revealed how quickly that voice had matured and now, in retrospect, we can see that its development is closely related to her imaginative apprehension of a subject that was lying in wait for her: the matter of Roman Britain. Her five earlier historical stories had not come near that period, being set mostly in post-medieval times, but Rome had been implanted in her mind well before them. There had been what sounds like a rather frenzied youthful attempt at a novel: Wild Sunrise, a ‘very bad… saga of the Roman invasion, as Victorian-English as anything out of Whyte-Melville’s The Gladiators’ and that, in turn, had been influenced by her mother’s early reading to her of Kipling, ‘especially the three magnificent Roman stories in Puck of Pook’s Hill’.

Those were not separate tales, but rather three episodes in the career of a British-born legionary who is sent from Sussex to help defend the Wall. It is no longer Rome’s hey-day in England, but the time when the Empire is crumbling at the edges – the ‘decline’ adumbrated in the first two volumes of Gibbon – and what Sutcliff found there was a complex of subjects of great dramatic potential: civilising discipline set against tribal barbarities, the servants of Empire with an allegiance also to a homeland within its borders, the selfless devotion, on either side of the equation, to causes and to overarching human relationships (and even those between man and beast).

It looks as though the realisation of this potential almost forced Sutcliff to find a match for it through her storytelling. For the tremendous adventure of The Eagle of the Ninth, which sees Marcus, a lamed hero, and his companion, the freed slave Esca, journey from Sussex to the Pictish lands beyond the Wall, has an emotional density that cannot be denied. The wide-ranging geography of the book, the diverse characters who people it, are delineated with an unhurried confidence which gives substance to its episodic plotting (and even – a Sutcliffian hallmark – its happy coincidences), all building towards its Romantic denouement.

Even now, I find it a ‘gulp book’ for its admission of untainted chivalry – the manumission of Esca, say – and its resolution of taut moments of crisis – the return of Cub, the wolf-dog and the ensuing discomfiture of the Tribune Placidus.

Decline and fall was too resonant a subject to be encompassed by a single story and The Eagle of the Ninth was the begetter of a chronological sequence that would carry the reader through centuries of warfare in disintegrating Roman Britain towards a kind of resolution four books later in Dawn Wind. (One of those four is the substantial novel for adults that seeks to establish an historic Arthur: Sword at Sunset.) The sequence is given continuity through the presence throughout of descendants of the Eagle’s Marcus and the flawed emerald ring that he inherits from his father, and it confirms that Sutcliff’s narrative technique deployed in the first book proved more than dependable in the making of its successors. Dramatic construction, the significance of landscape, a workable solution to the patterning of ancient speech, and, above all, an unflinching recognition of the disasters of war sustain the credibility of the saga. (John Terraine, the eminent military historian, claimed that Sutcliff – crippled from childhood by Still’s Disease – had a more refined concept of what it was to be a fighting soldier than most of the specialists in the field.)

3 thoughts on “‘That’s not a sand-castle,’ said the busy child on the beach, ‘I’m building a temple to Mithras.’ | After reading Rosemary Sutcliff”